If you visit the state of Chiapas on your trip through Mexico, our recommendation is to experience the Palenque route.

The city of Palenque is the sixth city in terms of population density in the state of Chiapas and is located 3.5 km from the archaeological site of the same name, it was founded in 1567 by the Dominican father Fray Pedro Lorenzo de la Nada.

Fray Pedro Lorenzo managed the community to integrate the families of indigenous Choles who lived scattered in the jungle.

It was not until 1740 when the priest Antonio Solis discovered the ruins of the archaeological site.

The route can be carried out in one or two days depending on the weather conditions, and the state of the federal highway, which is a long, winding and sometimes slow journey due to constant road repairs.

If you are a fan of archeological sites, we recommend spending a day exploring Palenque and its imposing temples.This lordship of the Mayan world was one of the most powerful predominant cities in the area during the classic period along with Chichen Itzá and Tikal, its original name in the Mayan language is Bakal-Ha which means “Place of many waters” due to the large number of rivers that converge in the area, INAH, Mexico’s Anthropology Institute, recently discovered a very intricate city hydraulic system with nine canals that distributed water to its residents.
A Predominantly ceremonial center it is currently divided into four fully accessible sections that correspond to 2% of the total city, since the other 98% remains unexplored within the largest surrounding jungle in Mexico, La Selva Lacandona.

The total area of ​​Palenque is estimated at 7 km2 from east to west and maintains an average temperature of 26º C and a humidity of 90%, for which we recommend wearing light clothing, a hat, a good repellent, also carrying plenty of water and some snacks for your visit.The archaeological site is divided into four zones, the first of which is the famous temple of the inscriptions, where stelae with Mayan hieroglyphics were discovered, followed by the famous tomb of Lord Pakal, Palenque’s most powerful ruler, whose treasures are now housed in the Anthropology Museum in Mexico City, with the Pakal funeral jade mask being the most famous piece.

The second building is the the red queen’s tomb, wife of lord Pakal and the most powerful woman in Palenque, it is one of the most interesting archaeological discoveries,since the queen’s remains were buried completely covered in a red pigment that has been preserved to this day, earning her the nickname.The third temple in this section is the temple of Las Calaveras or the skulls, where evidence of human sacrifices has been found.

El Palacio, which was the home of Lord Pakal and the reigning family of Palenque, is located in the city’s second district. Its most prominent architectural feature is the observation tower, where it is believed they conducted astronomical observations.

The third section is the set of crosses, which includes three temples: the sun temple, the foliated cross temple, and the cross temple.The final part of the city consists of minor temples and a ball game court where, according to Mayan tradition, the winning teams were sacrificed while the losers were enslaved.

The second portion of the journey is primarily for nature lovers, with the Misol-Ha waterfall, one of the state of Chiapas’ natural wonders, located 22 kilometers from Palenque. The location offers trails to the waterfall, where visitors can enjoy nature, its flora and fauna and trek to the backside of the cascade where you can snap some beautiful images.

After visiting this waterfall you will need to drive around 45 kilometers on the same route, to arrive  at the magnificent Agua Azul waterfalls.

The incredible turquoise blue color of its waters is one of Mexico’s most photographed sights; this natural phenomenon is created by the calcareous content in the water, which gives it that unique tone.

There are food facilities and local handicrafts posts around the entrance , it also features  four kilometers of trails that lead to some of the swimming areas or one of the viewpoints where you may snap the perfect photo.

Two fantastic days to take in some of the marvels that the wonderful state of Chiapas has to offer visitors. 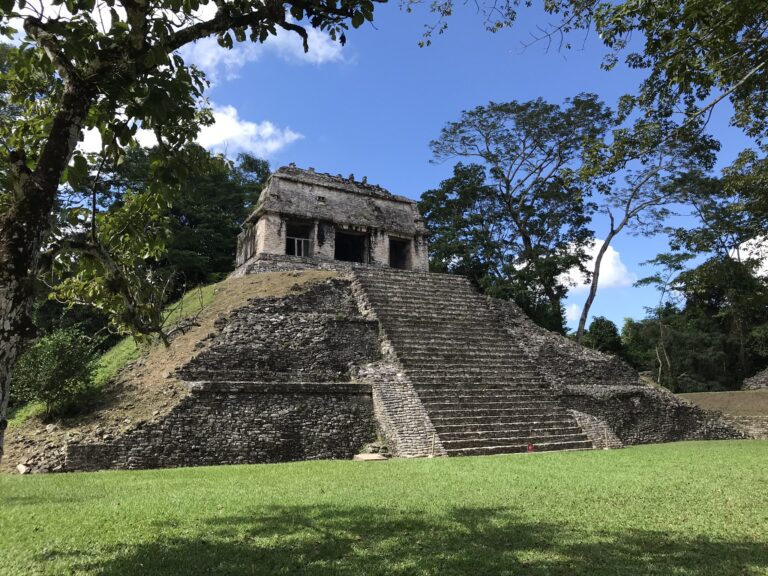 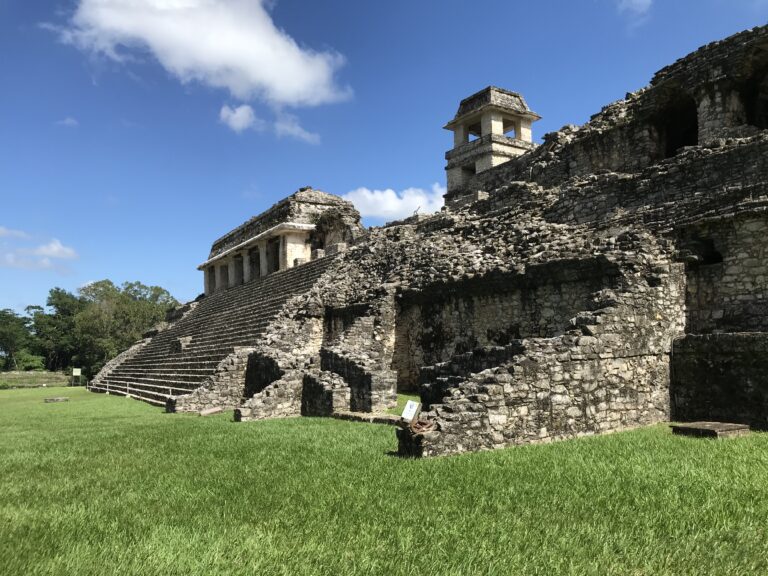 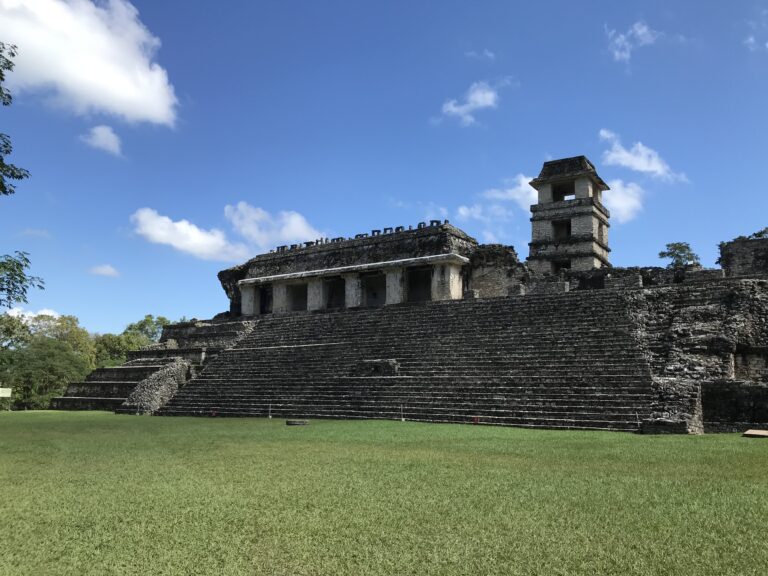 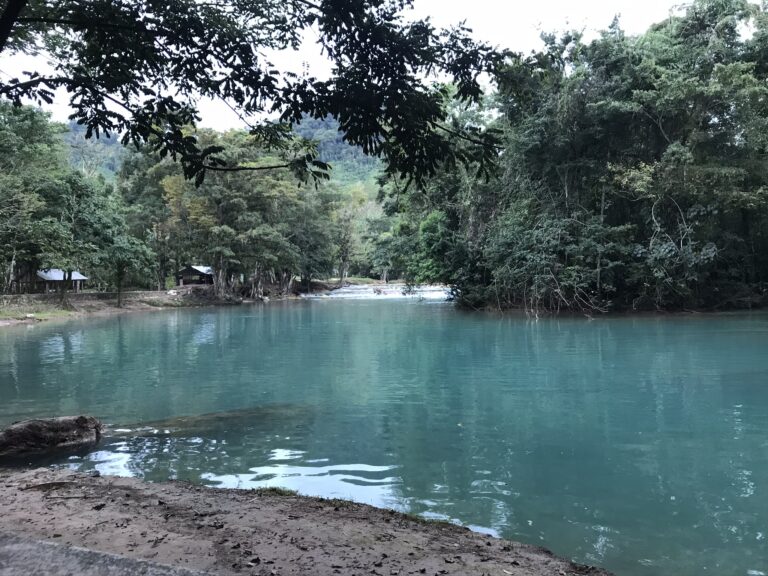 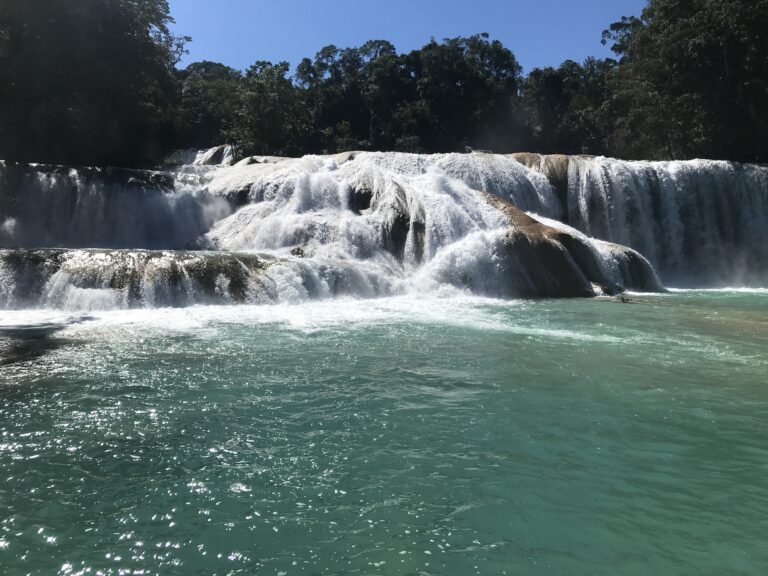 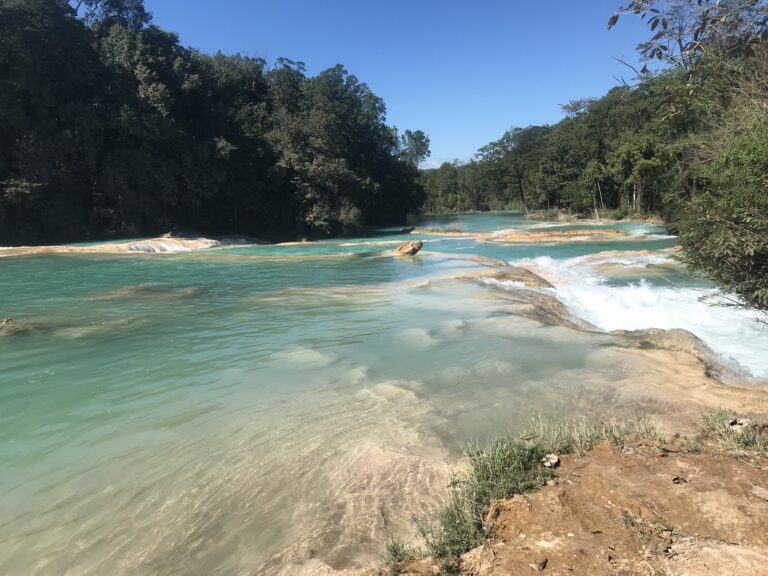